The XXcelerate Fund is made up of a dedicated leadership team with deep experience, and a passionate board of founding entrepreneurs. 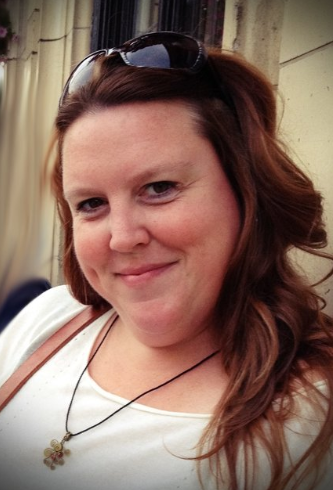 Amy comes to Xxcelerate inspired by a diverse and creative professional background that has weaved in and out of the intersections of food, culture and socio-economic structures. She will tell you she has a southern heart (she hails from Atlanta, GA) but that heart lives and thrives in the Pacific Northwest. She holds a Masters degree in International Development Economics from the University of Kent at Brussels – a platform for her work at various international organizations and NGOs. Her experience has taken her all over the world to explore micro-enterprise within informal and emerging economies with vulnerable populations. Her commitment to improving the resiliency and self-sufficiency of underserved groups is reflected in her work at the United Nations World Food Programme, the International Finance Corporation, International Planned Parenthood Federation and Friends International. Most recently,  she was living in Cambodia, where she was managing vocational training programs for marginalized youth throughout SE Asia.  Amy is the Principal of her own consulting collaborative, Plumbline CoLAB, where she works with nonprofits, social enterprises, and public entities in creating pragmatic solutions for sustainable and impactful operations and programming. She is also the founder/brewer of Bside Booch, Portland’s own craft nano-brewed kombucha. As an avid traveler, glutton and adventure seeker, you may find Amy racing motorcycles at the local race track, thumbing through the travel section at Powell’s, kayaking the Columbia or browsing a local farmers market…...and tacos - it really is all about the tacos. 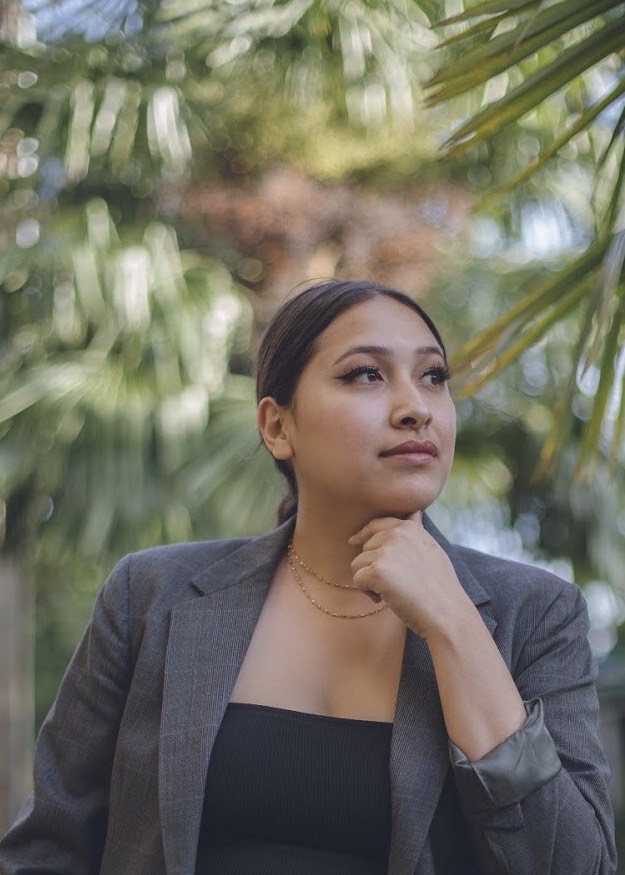 Wainani Paikai is an event producer from O‘ahu now living in Portland, OR. With over five years of event experience, her work ranges from large scale fundraisers with thousands of attendees to local business pop-up events to artist workshops.

She is building her portfolio in Portland through producing events where the BIPOC community can connect and create.  She finds that moving from a minority-majority environment in Hawai‘i inspires her to connect and perpetuate her Hawaiian culture as well as highlight other BIPOC communities.

When she's not working on events she enjoys falling down a comedy YouTube rabbit hole or a fun happy hour that leads to singing sad ballads and show-tunes at karaoke (pre-covid). 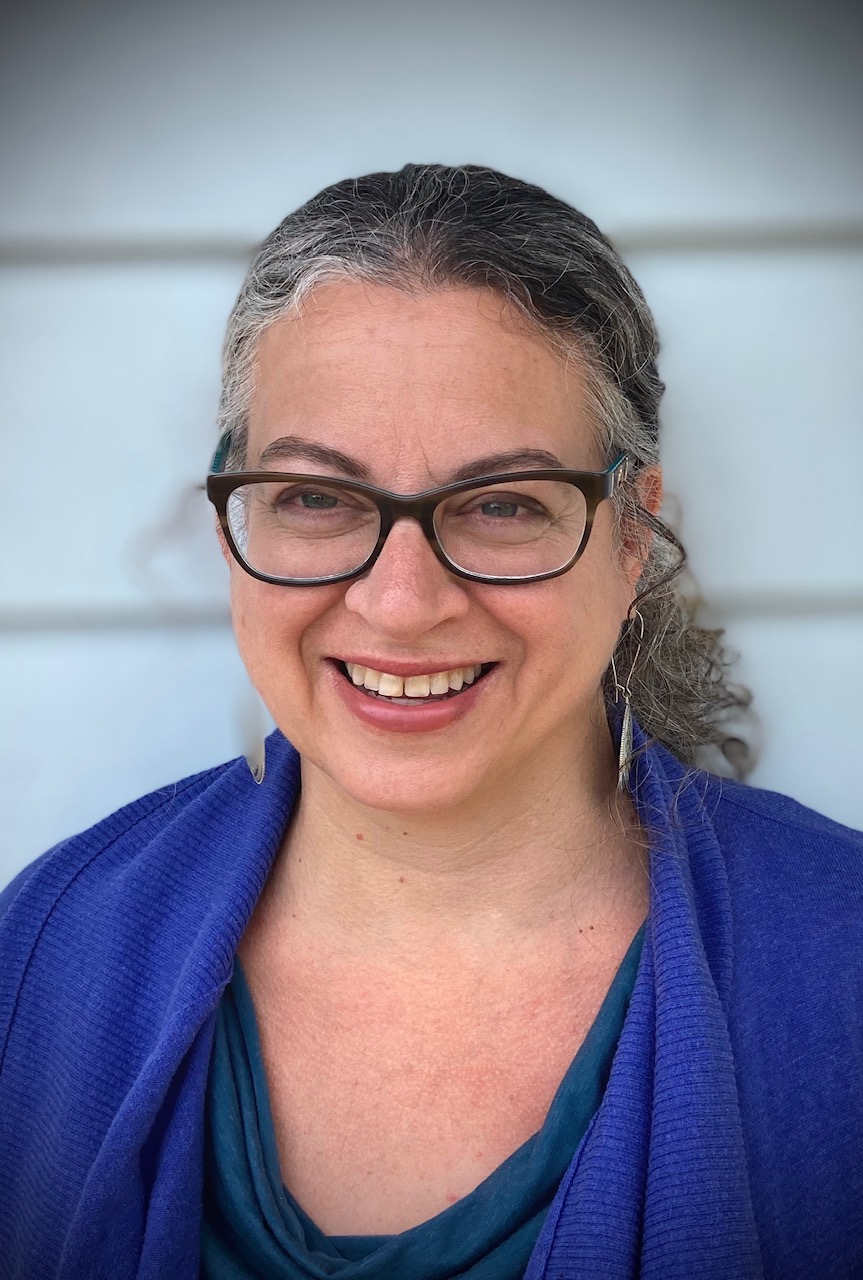 Amy is a creative director with over 17 years of experience as a small business owner running THRIVE creative, a print and web design firm in Portland, OR. She has worked with clients of all sizes to help them grow their businesses. She is a parent of two teens and understands the challenges of raising children while being an entrepreneur.

The XXcelerate Fund was created in response to the lived experience and actual needs of four women-entrepreneurs. Our board of founders and business leaders bring relevant experience in entrepreneurship, fundraising, and governance. 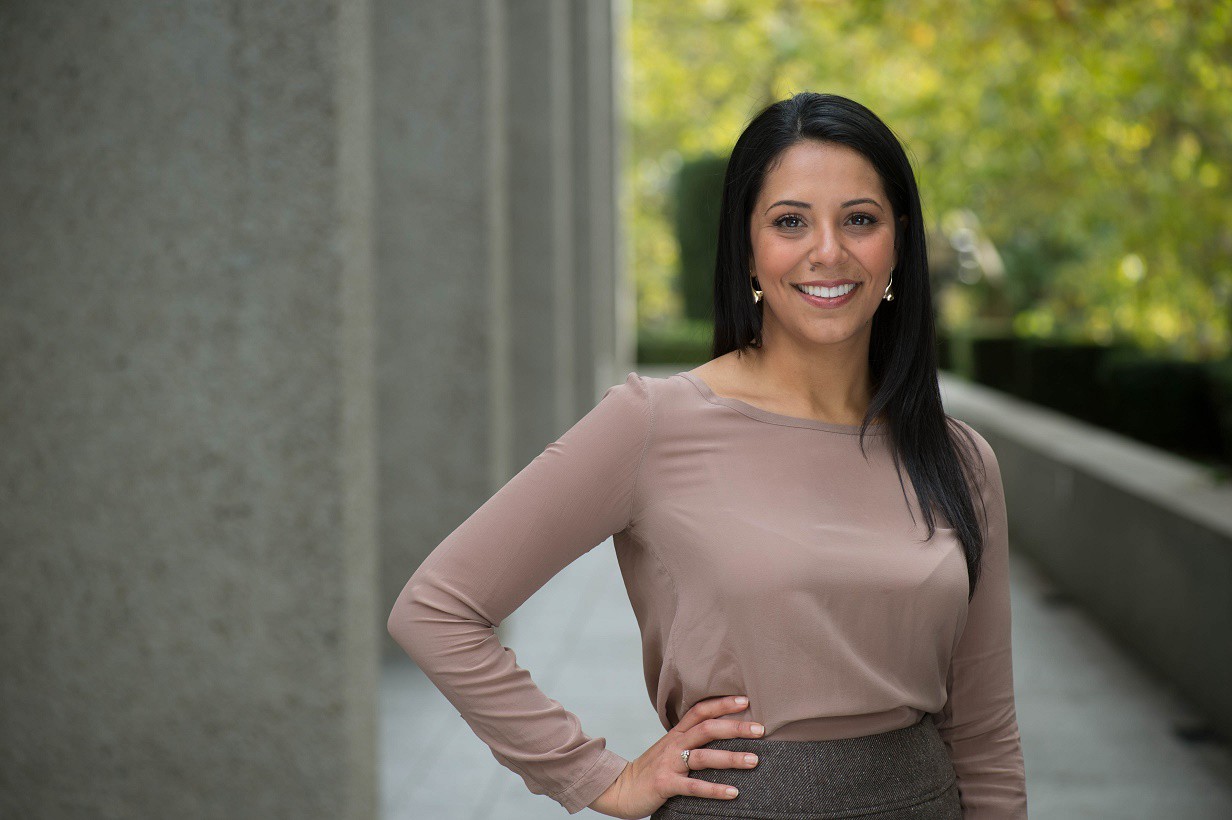 Born in Iran and raised in Vancouver, Canada, Maryam fell in love with cosmetics at a young age, but has always been conscious about the products she put on her body. As a long time vegetarian and animal rights activist, she learnt of how extensive the use of animal products were in products you would never expect them in, and to the extent of animal testing in industries where it isn't necessary.

After following a more traditional career path, Maryam left a career as an attorney to pursue her passion.  While working as an attorney in Los Angeles, she found that it was difficult to find a product that gave her the impact she wanted in the courtroom that would stay put while being animal-friendly, and free of harsh chemicals and allergens.  From this, Spela was born to create a line of lipsticks in ultra wearable colors, that are clean, but still lasted all day.  They are continuing to grow slowly and conscientiously so that they always stay true to our core values.

Maryam relocated just before the launch, and Spela is now based in Portland, Oregon where she  lives with her husband and her precious little French Bulldog Leon. She loves to spend many of her days in the kitchen cooking, at farmer's markets, or gardening. She is proudly a graduate of the first XXcelerator cohort. 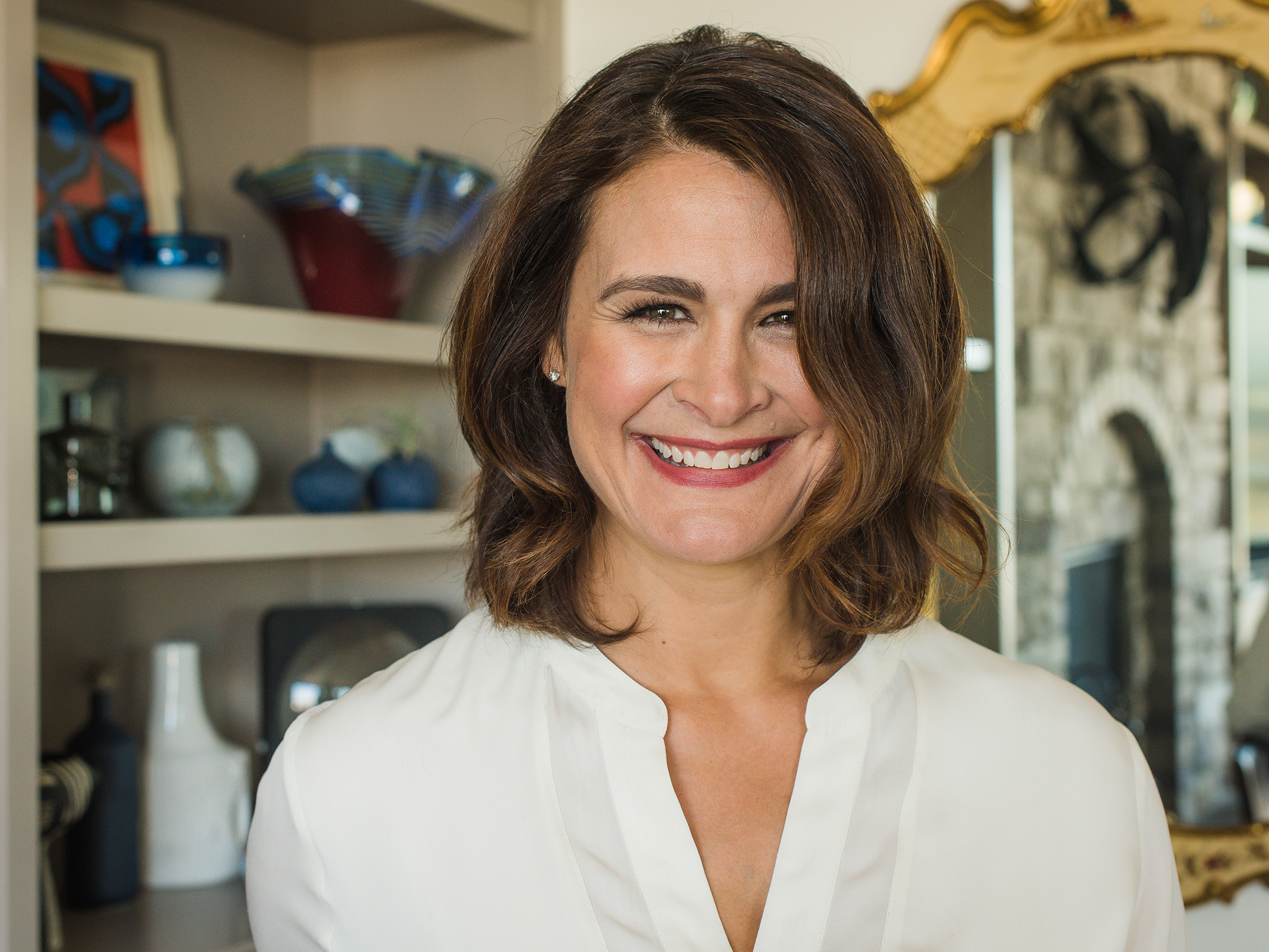 Kate is the Founder and CEO of TripleWin Advisory. She brings 20 years of corporate and entrepreneurial experience to bear on her passion for and focus on corporate sustainability. She understands that the business toolkit, technological innovation and corporate leadership have reached a threshold where business integration of circular production measures is a viable, profitable, critically-important, brand enhancing, and competitively advantageous pursuit that supports business longevity. Kate specializes in developing strategic and financial sustainable business cases, partnership identification, and new technology assessment. Kate has held digital marketing management positions at XM Satellite Radio, Ziff Davis Media, and Time Inc., worked as a strategic consultant to Fortune 500 companies developing go-to-market business cases, and founded a sustainable women’s activewear manufacturer and retailer, OMALA. Kate is a leading expert and consultant in corporate sustainability. She holds a Masters of Science in Sustainable Management from the University of Wisconsin, an M.B.A. from the Wharton School, and an A.B. from Dartmouth College in Government and Economics. She is a certified climate leader of Al Gore’s Climate Reality Project and holds a certificate from M.I.T.’s Presencing Institute on systems thinking and future visioning for organizations. She is also the author of a book on climate change and sustainability and a business mentor to womxn-founded, growth-oriented businesses. 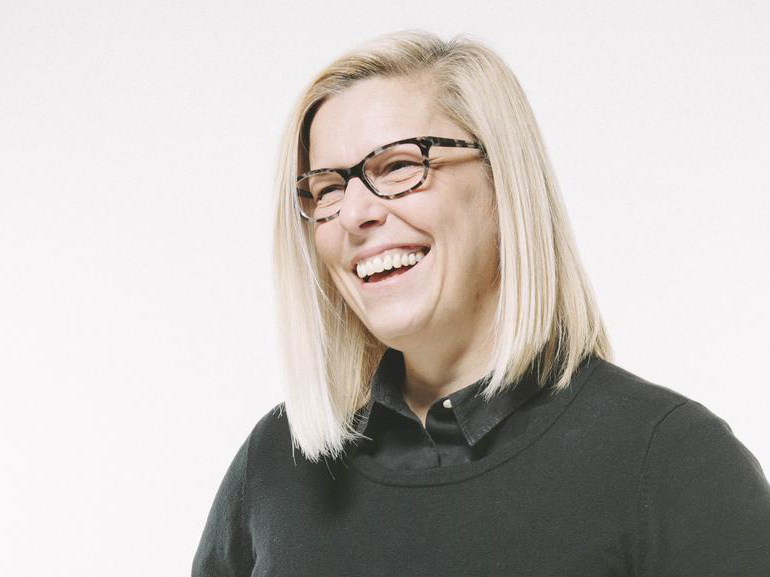 Jenny Moede joined the Xxcelerate board in the fall of 2019. She is the managing director of EY’s Portland Design Studio, a user experience research, design, and development studio that resulted from EY’s acquisition of Citizen Inc. in January 2018.

Jenny served as CEO of Citizen from 2015 – 2018, and was instrumental in guiding the company through the acquisition process.

In 2014, Jenny stepped in as interim director for Oregon Story Board, a new non-profit that was created by Rick Turoczy (PIE), Vince Porter (then Oregon Film), and Tawny Schlieski (then Intel). With a mission to support and grow the digital storytelling ecosystem in Oregon, OSB received Oregon Inc. funding for two years. Jenny led the organization through its first business accelerator program, which hosted six small businesses through an on-site, three-month accelerator and demo day.

Jenny started her career in strategic communications, and spent 20 years at Waggener Edstrom (now WE), where she operated as an entrepreneur within the company, founding and leading its healthcare and environment practices. Jenny left WEin 2014 as president of North America; she oversaw seven regional US offices and a handful of specialty practices.

Until 2018, Jenny served as a consultant for the International Institute for Analytics, where she counseled analytics leaders within Fortune 500 companies in data-driven storytelling. 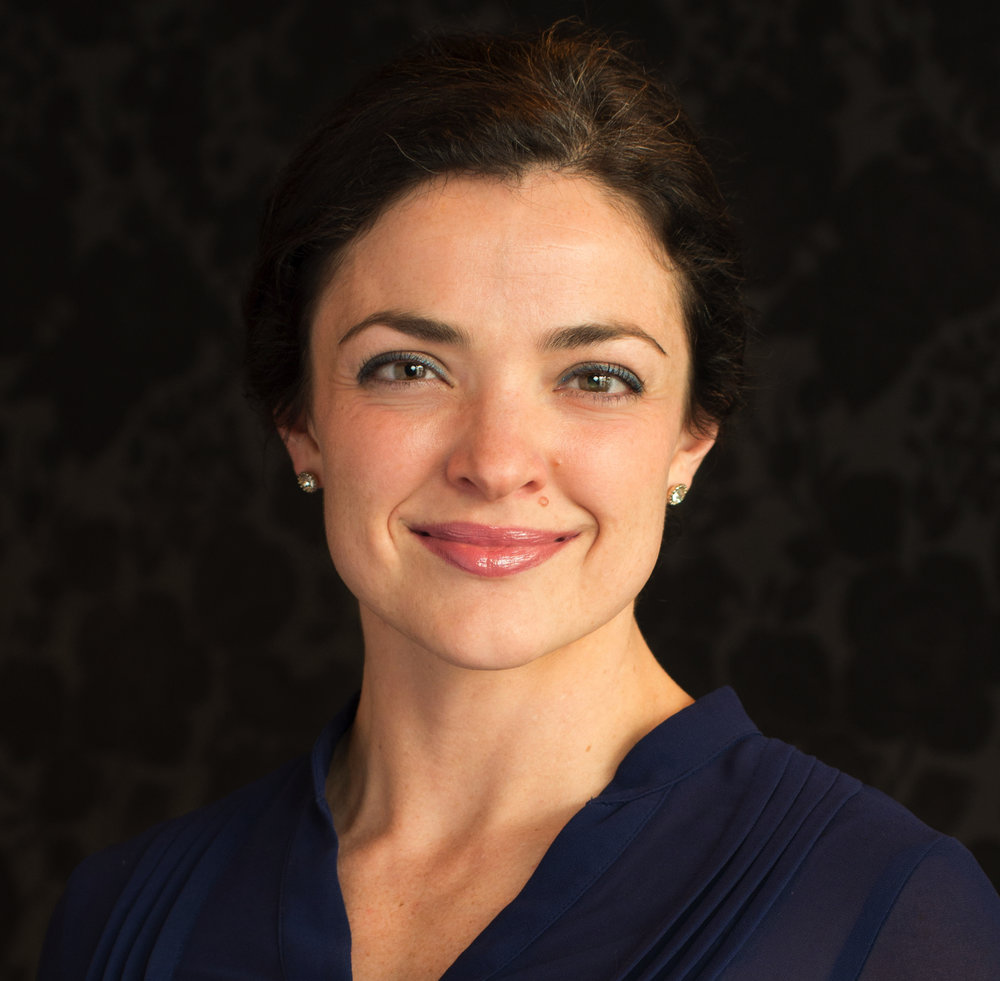 Amanda is a humanitarian, self-proclaimed anthropologist, and mediocre (at best) ukulele player. When she is not adventuring outdoors or satiating her epicurean food addiction, her passion is in creating sustainable products that help us re-think the way we do life. She also serves as the President and founding board member of non-profit, Woman Led, helping ensure the success of woman led companies. Being a woman and raising daughters innately drives her desire to address the gender gap that holds girls and women back from the life they deserve and communities from the development they long for. 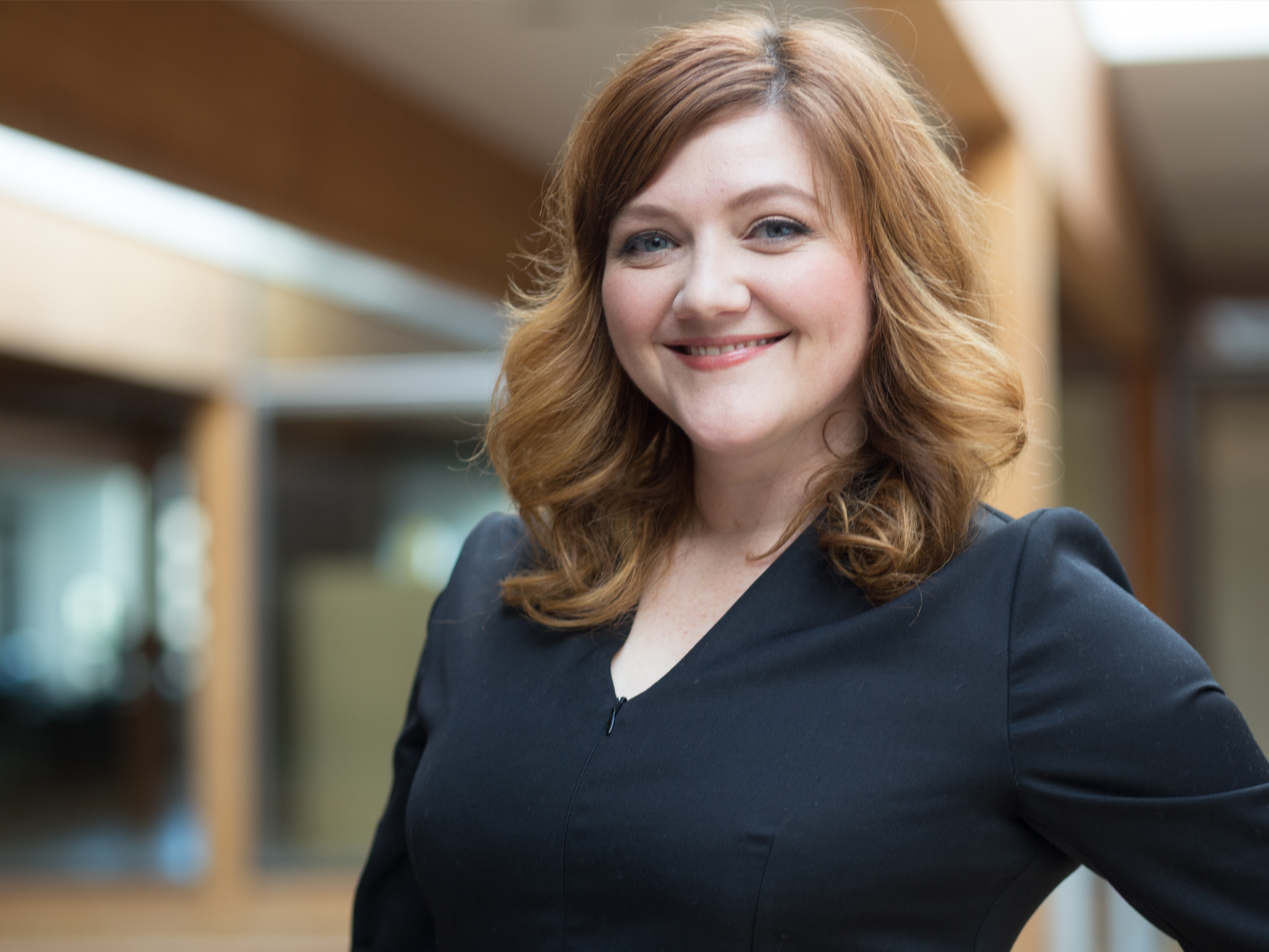 Mara Zepeda is the co-founder and CEO of Switchboard, a technology-enabled platform that helps educational communities empower students and alumni and increase loyalty and giving. Switchboard's customers include leading institutions such as MIT, Williams College, Oberlin College, the College of William and Mary, as well as independent schools like the American School of London. In 2016, Switchboard was recognized with the top honor it its field: a gold Circle of Excellence award for student and alumni engagement by the Council for the Advancement and Support of Higher Education. Switchboard was born from Mara's background working in higher education administration, at places like Harvard University and University of Pennsylvania, as well as her experience in alumni leadership as a member of the alumni board at her alma mater, Reed College. Her background as an economic reporter for National Public Radio, where she reported on the impact of student debt on the nation's economy, also informed the need for the solution. She was lucky enough to meet her co-founder Sean, also a Reed alumnus, on Twitter. She speaks frequently about empowering communities by building sustainable, generous and cooperative networks, and the promise and potential of women-led companies and inclusive financing models.

The XXcelerate Fund was created in response to the lived experience and actual needs of four women-entrepreneurs. Our board of founders and business leaders bring relevant experience in entrepreneurship, fundraising, and governance.